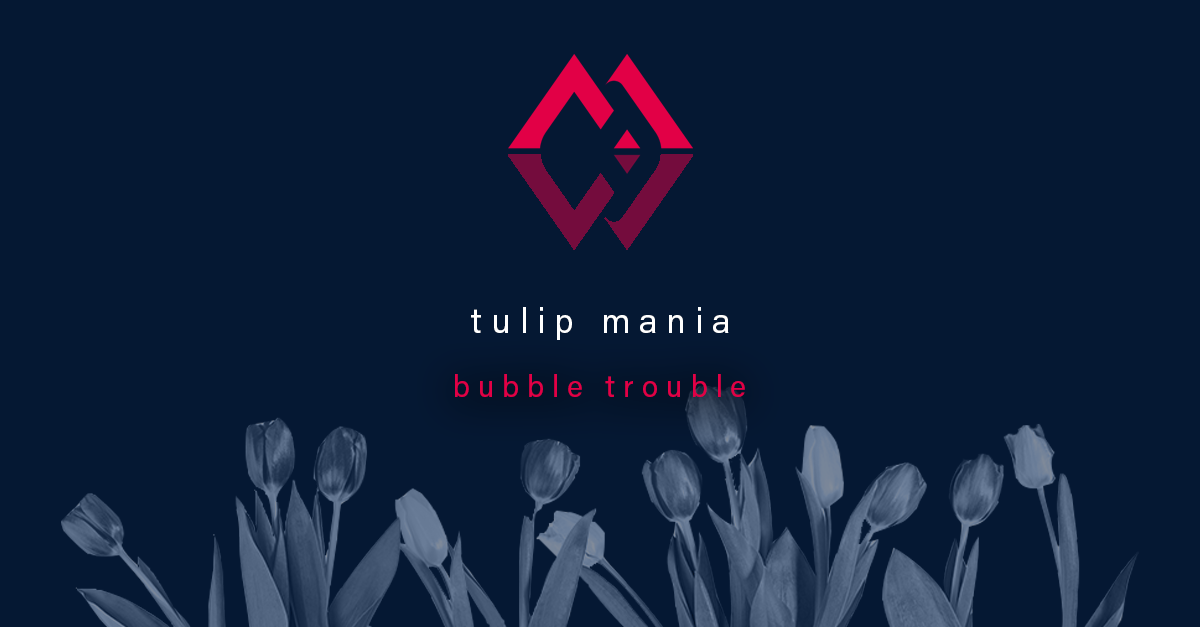 A historical analysis of the world’s first recorded market ‘bubble’.

Market ‘bubbles’ are a relatively common topic of conversation these days. With the diversification of goods and seemingly endless market opportunities, the desire to consume is at previously unthought levels. An intense propensity to buy means the value of goods can increase or decrease quickly, leading to economic speculation and the creation of market ‘bubbles’. A ‘bubble’ is an economic cycle that is characterised by the rapid escalation of market value, particularly in the price of assets. This intense inflation is followed by a decrease in value that is known as a ‘crash’ or ‘burst’. Globalisation has increased the possibility of market ‘bubbles’ as it is easy for international investors and consumers to take part in these markets. Whilst seemingly positive as global trade and commerce booms, the likelihood of ‘bubbles’ increases, which can be devastating for both consumers and investors when the ‘bubble bursts’. But, this is not a contemporary phenomenon. The first example of this was in the 1600s, involving imported tulips into the Dutch market. This would be the first recorded market ‘bubble’ and would exemplify capitalist economics to the world for centuries to come.

But how did the import of a flower become the first recognised market ‘bubble’?

Tulips, which are native to Turkey and other regions of central and west Asia, were first introduced to Europe in the 16th century. Improved trade routes between Central Europe and the eastern reaches of the Holy Roman Empire led to an influx of plants, vegetables, and spices, which became extremely popular in the United Provinces (which is now the Netherlands). The Dutch were responsible for pioneering innovations in the economic, business, and financial history of the world, and therefore became the perfect birthplace of the world’s first formal stock exchange, which paved the way for the tulip market. Dutch merchants were particularly prevalent and, resultantly, successful as the state moved into a ‘Golden Age’ of economics and culture, with some voyages yielding profits of 400%.

Tulips became a desired commodity as they can survive in harsh European conditions, and also produce petals that are saturated in colour. This instigated what became known as ‘Tulip Mania’, and the price of multicoloured tulips shot up exponentially as professional growers started paying higher and higher prices for bulbs that were of the colour changing variation. This, with fresh demand from the French, encouraged speculators into the scene and eventually the price of normal tulip bulbs began rising. The Dutch then developed a futures market in response to chaotic levels of trade, which allowed the contracts for bulbs at the end of the season to be bought and sold. The development and interest in this market turned tulips into the fourth leading export product of the Netherlands by 1636.

As popularity reached its peak in 1637, some tulip contracts were alleged to have been changing hands as much as ten times a day. Eventually, growers were unable to fulfil these contracts and the chain of commerce abruptly came to a halt, triggering a crisis scenario. Routine tulip auctions became desolate, and the presence of the bubonic plague had an adverse effect on consumerism – some historians argue that high degrees of fatality in the period led to reckless spending which drove the price of tulips. The crisis left hundreds of contracts unfulfilled, forcing the Court of Holland to freeze contracts and order private arbitration.

Tulip mania, in relation to contemporary examples, was a relatively contained ‘bubble’. Now, market ‘bubbles’ are globalised and on a scale that dwarfs the Dutch propensity for tulips, thus having graver implications for its investors should things go wrong. An example of this is the Dot Com ‘bubble’ burst in 2000. Speculators clambered to cash in on the internet boom and were recklessly investing in Dot Com companies, but the market failed, and stocks had lost $5 trillion by the end of the stock market downturn of 2000. On the other hand, there are currently several markets which experts tip to ‘burst’ at some point. Cryptocurrency, with its lack of centralised liability and low barriers of entry, is reportedly set to crash, which will create a difficult time for its young, inexperienced investors. This shows the dangers of contemporary market ‘bubbles’ and the negative effects they can have when they burst in a modern, globalised economic system. The history of market ‘bubbles’ is crucial to understanding why they happen and why they ‘burst’ – if modern speculators in decentralised assets considered this, they’d understand the dangers of their investment and the inevitable drop of value.

To conclude, tulip mania was a harsh but needed experiment in the early forms of speculation. Although it was a great example of successful intercontinental commerce, it was unorganised and allowed to run rampant, thus demonstrating a need for financial regulation. But have we learnt our lessons from the past? Although ‘tulip mania’ was the first of its kind, the world still promotes and nurtures the existence of market ‘bubbles’, and little is done to mitigate the potential fallout that can occur when it bursts. Accordingly, greater education and control is needed to make these markets safe for investors in a contemporary economic climate, especially when considering advances in technology have encouraged young, inexperienced investors into the scene.