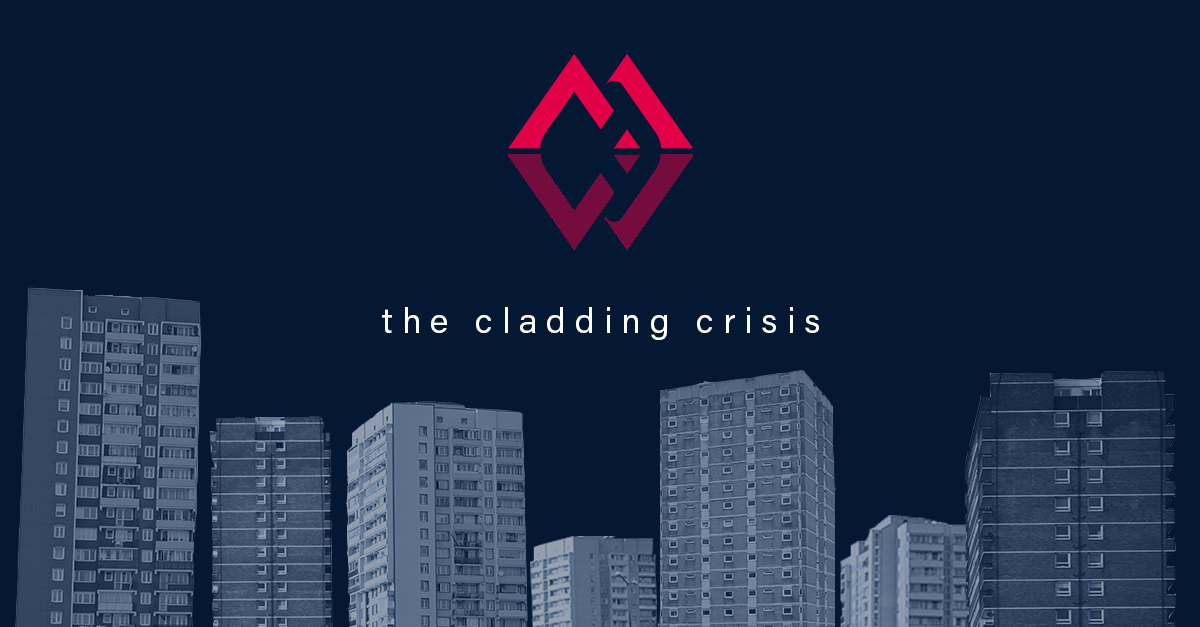 The inquiry that proceeded the 2017 Grenfell tragedy exposed a scandal of national proportions.

The British cladding crisis surrounds the use of unsafe building cladding in the wake of the Grenfell Tower tragedy in 2017. The following inquiry not only revealed the horrific negligence that was a factor in the deaths of 72 of the building’s residents, but it also revealed that Grenfell was merely the tip of the iceberg in terms of the extent of the issue. The inquiry shed light on the failures that led to the tragedy; the flammable cladding which was used; twelve years of standards test failures; and the continued sales of the below-standard cladding, even after the Grenfell tragedy. Subsequently, the inquiry asked questions of the standards of other high-rise living spaces, revealing a national scandal surrounding the use of the dangerous material.

The scandal has escalated as more and more buildings are deemed ‘at-risk’ to the dangers from a fire. The inquiry has concluded that more than 500,000 people in the UK are put at risk by the cladding of their buildings, however the scandal has widened as developers are seeking the funding for the renovation from the residents themselves. This has led to national outrage on social media, as unsuspecting residents are being billed for the removal of cladding that they did not ask for and literally puts their lives at-risk.

The British Government, following the Grenfell disaster, ordered a review of the country’s high-rise living spaces to determine the safety of their cladding. In July 2021, however, the Government announced that these surveys would not be required for buildings under 18 metres. This has led to a ‘perfect storm’ of devaluation for the properties in question, as banks and creditors are unwilling to impose valuations on the properties until they have received these checks. Due to a shortage of qualified and insured fire engineers, these checks can take months or even years, meaning residents cannot have their properties valued to be put on the market, or to be mortgaged. This means that the same residents have no means of paying these enormous renovation bills, which have been quoted as being up to £100,000. Resultantly, residents are defaulting on their mortgage payments, meaning banks are possessing worthless, potentially dangerous properties that are of no use to anyone.

This crisis situation has had a catastrophic impact on the residents and their family members, who are the victims in this scandal. Not only have people had their finances utterly crippled, but their mental health has been devastated by the stress of being embroiled in the confusion. The University of Sheffield looked into the effect of the scandal on the residents in question, concluding that there had been a ‘catastrophic impact on [the] mental health of some leaseholders.’ The uncertainty surrounding the future of their properties and the knowledge that they are living in dangerous housing has caused a measurable deterioration of mental health in the residents, with 23% having considered suicide or self-harm since the revelations about their properties.

Last year, the House of Commons Housing Select Committee, made up of a group of cross-party MPs, warned that the cladding scandal was inflating into a public health crisis. Psychologists even told the BBC that people living in this state for a long time will need counselling and therapy to get through it, showing that this scandal is slowly turning into a full-blown crisis scenario.

Accordingly, this issue has become serious enough for the Government to act. Rishi Sunak, the Chancellor of the Exchequer, has issued a response plan in the form of a £5.1 billion Building Safety Fund, as well as a £2 billion residential property developers’ tax and a £500 million building safety levy, to help create a solution for the residents and creditors in stalemate. The Housing, Communities, and Local Government Committee estimate that full remediation costs could reach £15 billion, however critics say that the Government have not gone far enough. For example, the Building Safety Fund is only applicable to buildings above the 18 metre ‘high-rise’ designation, meaning those who are living in compromised flats that do not meet the height threshold have no choice but to settle the costs with developers.

Residents of buildings that do not qualify for the Building Safety Fund have had to take matters into their own hands. Those at Royal Artillery Quays in Woolwich have been working on the ‘Polluter Pays’ bill to protect themselves from bankruptcy and homelessness. This would enable Government to pursue fire safety costs from developers and other responsible parties without time limitation. They claim that the proposed levies will not extend far enough to cover all the costs involved and residents will end up footing many of the costs – a notion which the Secretary of State for Housing, Communities, and Local Government, Michael Gove, said would be ‘wholly unfair’. Furthermore, the levies will impact property developers that are fully compliant and committed to meeting building safety standards, meaning they will incur additional costs at no fault of their own, which could impact their commitment to compliance in the future.

This crisis has been described by some commentators as ‘chaotic’ and ‘messy’. This is because there has been a lack of firm resolution surrounding the crisis situation, with residents expressing concern over the Government’s actions as they have admitted, in effect, that their current proposals are not doing enough for homeowners. Arguably, a lack of culpability is an issue here, with the Government seemingly reluctant to hold those that are responsible for implementing this dangerous cladding to account. However, regardless of who is ultimately forced to take responsibility, unsuspecting residents should not be forced to cripple themselves financially for cladding that was unlawfully put in place – Michael Gove’s acceptance of this will hopefully encourage an amicable solution.