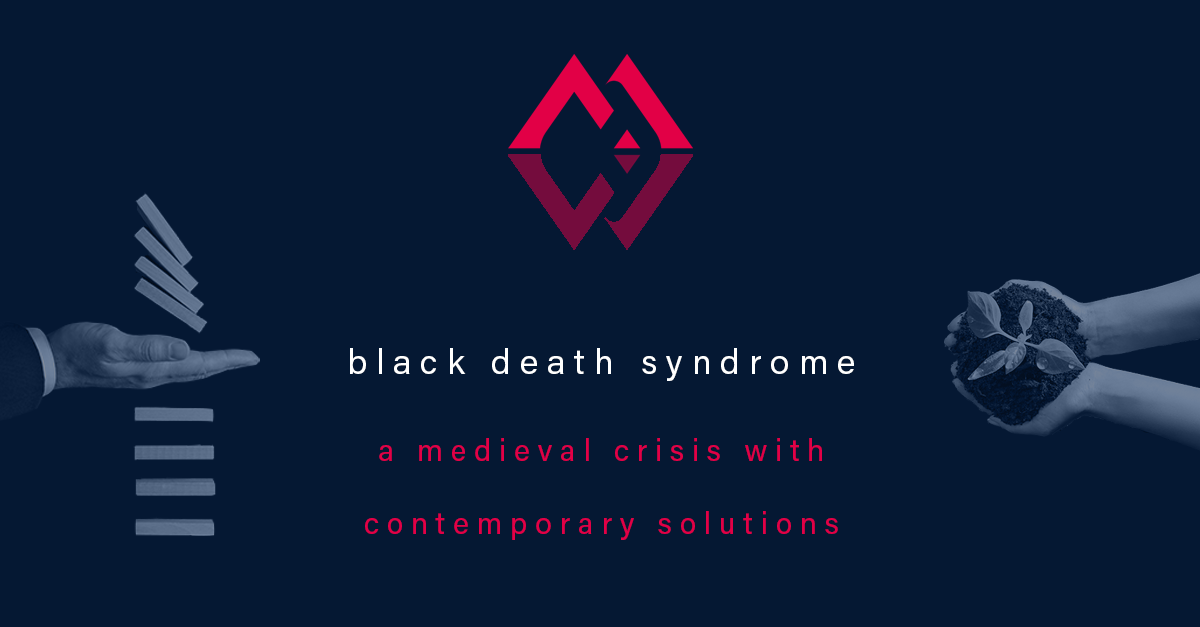 How recovering from a pandemic is much less simple than you think.

When considering the socioeconomic effects of The Black Death in comparison to the COVID-19 pandemic, there are several factors that first must be considered. Firstly, the deviation of technology and, subsequently, healthcare since the plague has played a massive factor in our contemporary response and ability to recover from a global pandemic. Secondly, a comparative increase in international cooperation has a positive effect on our handling of the virus as states can correlate their response plans and share advice with relative ease, however the accompanying increase in globalisation has made populations more susceptible to disease than ever. Considering these factors, will the world suffer from ‘Black Death Syndrome’ – the long and hard recovery from a globe-stopping pandemic – or have we advanced enough technologically and economically to respond effectively?

There are many similarities between the pandemic of 1346 and that of 2020, which inform how the world might recover from the socioeconomic effects of COVID-19. One of the most notable similarities is increasing levels of inflation. Prices in the UK rose 3.1% in the 12 months following the first lockdown in April 2020, with the Bank of England predicting this number to rise above 4% by the end of 2021. This is expressed in the recent record-breaking price of petrol and the prediction of an increase in the price of a pint of lager. This mirrors the rise in the price of grain that followed the most intense periods of The Black Death, which was due to an increase in real wages as employers competed for healthy workers to ensure their harvest. However, today the effects will be minimised as greater centralisation and control over the economic climate means the Bank of England has measures to tackle this issue – such as the raising of interest rates – whereas Britain in 1346 was defined by its feudal system that lacked national coordination, thus making it much harder to initiate a collective crisis communication plan.

Furthermore, there has been a marked labour shortage following the pandemic. The UK has experienced HGV driver shortage which has reduced the amount of goods on the shelves across the country, as well as a shortage in the services industry (which much of the British economy is now based on). Similarly, a massive shortage of agriculture workers meant scarcity of essential goods was common following the most intense years of the plague. Although bureaucracy is mostly to blame for contemporary labour shortages – compared to the deadliness of the disease in the 12th century – they have both had similar implications for economic recovery.

Similarities in the way the diseases move through the population mean that we could be at risk of suffering from ‘Black Death Syndrome’ as well. In the century following the most intense period of The Black Death, Europe suffered many waves of reinfection and, although these were frequent, they were generally localised and less severe. Without a doubt, the world will follow a similar trend following the COVID-19 pandemic, and we have already started to see an increase in outbreaks, but to a smaller and less serious degree. This trend will likely carry on well into the 21st century, meaning there will be similar hurdles to face despite the difference in technology, healthcare, and crisis management capabilities.

It must be noted that the economic and cultural settings of the two pandemics are wildly different, though. The feudal system that was in place across Europe had a massive effect on the general crisis plan, as labour and living issues were not addressed cohesively. For example, the feudal system meant the nobility was reliant on its workers to toil their lands and produce necessities for both them and their people, meaning that when working populations were decimated by the plague, the nobilities had to compete for healthy workers to avoid a difficult time. This led to the reduction of entry costs into settlements around the country, which influenced an unprecedented level of internal migration and created a greater standard of living for working class, although it increased transmission of the disease – especially into the rural areas that people were trying to escape to. This conveys just one of the ways that the COVID-19 pandemic has deviated from The Black Death, as the internal migration of people has not been as prevalent due to lockdowns and the present integration of societies within nations, whilst the living standard of the working class has decreased in the UK.

Additionally, differences in healthcare standards and technology that was available in each of the pandemics has had a massive effect on mortality, and therefore the economy. The medieval dependence on agriculture, coupled with the plague’s indiscriminate fatality, meant that the sudden reduction of the workforce had a devastating effect on the economy and thus recovery in the preceding years. Conversely, COVID-19 has been mostly fatal to those with underlying health conditions and the elderly, whilst knowledge of healthcare and its standards utterly eclipse the capabilities of 1346. This means that coronavirus was not usually fatal to healthy people and workforces were not affected to such a scale, thus maintaining the production of essential goods and services, and preventing the economy from total collapse – although the UK’s GDP did suffer unprecedented setbacks during the pandemic.

This shows how the world is in a better position to recover from a pandemic in 2021 than it was in 1353. Although the incomparable levels of globalisation put populations at greater risk, the improved levels of economic organisation and international cooperation means that many of the adverse effects that were experienced by those recovering from bubonic plague are mitigated, such as uncontrollable inflation which can be fought through centralised control of interest rates. However, the stark similarities, such as the rise in the price of necessities and a shortage of essential workers (such as HGV drivers) has shown that there are parallels which can’t be ignored. Subsequently, people of today need to understand that it will not be simple or easy to recuperate from COVID-19 fully; we can see from the lessons of the past that pandemics induce an arduous road to recovery that cannot be underestimated or taken lightly.