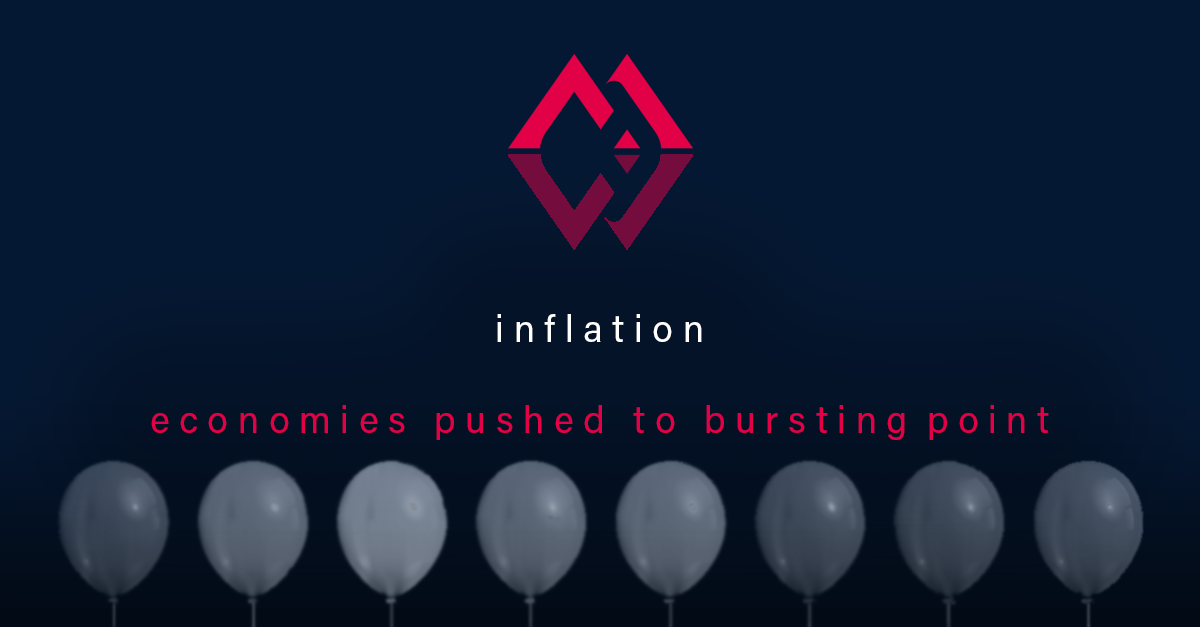 The rate of inflation is at its highest since modern records began in 1992.

Inflation is a measure of rising prices for goods and services in an economy. A surge in demand for products and services is often a root cause of inflation, as well as larger disposable incomes for the population of the economy. The United Kingdom is currently facing a crisis of inflation, with the Consumer Price Index (CPI) rising by 7% in the 12 months up to March 2022 – the highest since the National Statistics Series was formed in 1997. However, the fine balance of the economy means that it is not a simple issue to fix; the Bank of England has recently raised interest rates an unprecedented number of times, but will the measures be strong enough to tackle the eroding purchasing power of the British people?

When commodity money was at the forefront of the global economy, such as the bartering of rice or animals, strong periods of inflation or deflation would occur as new, valuable goods were introduced into regions – such as gold or silver. The adoption of fiat currencies from the 18th century onwards increased the supply of money into economies and therefore increased the propensity for issues, such as hyperinflation. Examples of this are notably seen in the Weimar Republic of Germany, and as recently as Venezuela in 2018 when their annual inflation rate peaked at 883,997%.

Economic experts agree that a moderate level of inflation is good for an economy, as it facilitates positive economic growth and the adjustment of real wages. However, high inflation – let alone hyperinflation – is bad for an economy when average wages do not rise in accordance with the CPI, thus decreasing the spending power of an economy’s citizens. It also threatens the balance of an economy by decreasing in the value of savings and pensions and reducing international competitiveness. Furthermore, the measures that are traditionally taken to curb inflation can often lead to recession, creating a further negative impact.

So, why is inflation occurring in the UK?

Several adverse events and political decisions have created the environment that now encourages the record-breaking CPI that we currently find ourselves at. There are two main reasons for this crisis in the UK: the war in Ukraine and the aftereffects of the COVID-19 pandemic. Putin’s invasion of Ukraine has highlighted the issue of Europe’s reliance on Russia for its oil and natural gas. The EU plans to ban energy imports from Russia as their effort to step up the intensity of the war becomes apparent, however this has limited the global supply and driven the price through the roof. Fuel costs in the UK are also rising because of the Government’s raise of the energy price cap as a response to rising costs for energy companies. This has had a knock-on effect to the consumer as businesses are now allowed to – and have – raised their tariffs.

Moreover, COVID-19 has had an affect on disposable incomes and consumer habits. Firstly, the Government have increased the rate of VAT for hospitality and tourism firms back to the pre-pandemic level of 20%, which translates into the prices of goods and services. The pandemic has also allowed consumers to boost their financial savings, thus having a positive effect on their disposable income levels and allowing them and their family members to spend freely – a right which they did not have due to the lockdowns of 2020 and 2021.

The solutions to inflation are vastly complicated and each presents their own set of drawbacks.

The standard response to inflation is the raising of interest rates by the economy’s central bank, something the Bank of England have done three times since the beginning of 2022 – an unprecedented move for a Western country. This, however, is not necessarily a strong solution as it has vast implications for the rest of the economy. For example, interest rates affect the repayments of mortgages, and so raising them to discourage spending can have an adverse effect on the overall spending power of citizens. Furthermore, maintaining low interest rates is important for the security of Government bonds. If investors expect a drastic rise in interest rates they will sell their GILTs rapidly, which puts Governmental security at risk. This is because rising interest rates put GILTs at risk of returning real losses.

Another crisis management solution could be for the Bank of England to increase the reserve requirements for banks. This reduces their propensity to lend, discouraging the spending activity of citizens and institutions alike. There has also been calls for a raise of income tax to fight growing levels of disposable income. However, the current Conservative Government has historically been very reluctant to tamper with their tax rates, instead choosing to hike up the National Insurance tax, the effect of which is felt hardest amongst the working class.

To conclude, inflation is most certainly the greatest economic crisis that has faced Britain since the 2008 Global banking crash. The war in Ukraine and the fallout from the COVID-19 pandemic has created a ‘perfect storm’ of economic turmoil. Larger disposable incomes are now paired with massively rising business costs, forcing universal price rises and reducing the spending power of UK citizens. Whilst it is difficult to tackle inflation, Britain boasts some of the most significant and capable financial institutions in the world, meaning that a pragmatic solution is still possible.