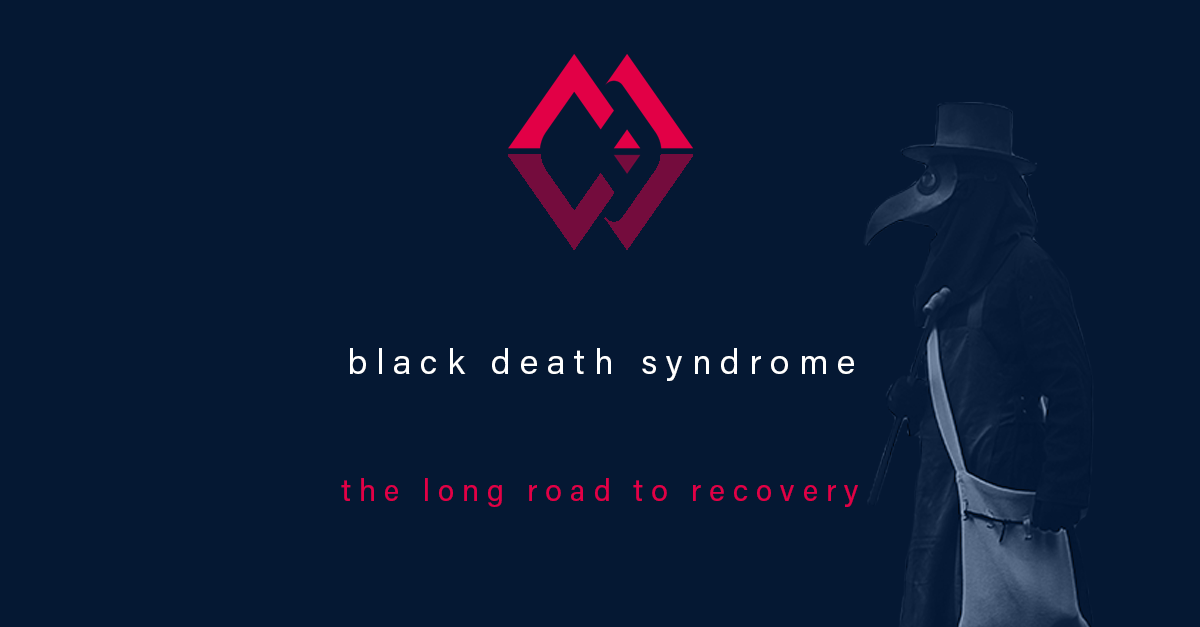 How recovering from a pandemic is much less simple than you think.

The Black Death was a catastrophic global pandemic of the Bubonic Plague that was particularly devastating from 1346 to 1353. Today, scientists and historians suspect that the crisis scenario was proliferated through rodents and the bites of their infected parasites, such as flees, however this was unknown at the time and the disease spread relatively unhindered for the best part of a decade. Historians estimate that at least 30% of Europe’s population was wiped out by the plague. This level of desolation took centuries to recover from, with varying socioeconomic impacts on the entirety of global society. As we recuperate from the COVID-19 pandemic, we can draw a surprising number of similarities between the two crises, despite considerable differences in technology, knowledge, and healthcare standards.

The effect of The Black Death on the global economy was catastrophic without structured and organised crisis management, but it did lead to sweeping changes in workers’ rights across Europe. The short-term economic consequences of the plague were extremely negative. Trade and commercial activity were scuppered, whilst there was a massive loss of knowledge, skills, and competences simply due to the scale of human losses. In the long term, however, Europe saw a great decrease in inequality as well as a greater appreciation for the working class. The feudal system of the time meant there was no centralised trade agreements, so the state was not affected as one and it was difficult to initiate a collective response plan – thus economic hardship was localised into the different kingdoms. Meanwhile, the decimation of the peasant population meant there was a huge demand for labourers, particularly in agriculture. This gave the workers more power and rights as they had become essential to the survival of their feudal lords, which led to a real wage increase as employers tried to compete for healthy labour.

The richest 10% of the population suffered a 15-20% loss of wealth over the 100 years succeeding the plague and it took an additional 200 years for the levels of inequality to reach the same heights. The feudal system was also reliant on a strong hereditary system, but the amount of people dying meant there was a shortage of heirs to claim property. This was beneficial for the working class; properties that were previously unaffordable or unattainable came onto the market at a cut down price, improving housing and living conditions for many of Britain’s peasants. This is different to the 2021 COVID-19 pandemic, which saw the disparity in inequality increase sharply, with the combined wealth of America’s billionaires rising by 44.6% in a 48-week period. This shows that the The Black Death was indiscriminatory and the ruling class suffered as much of a difficult time as the working class, as well as quantifying the timeframe of recovery, which took place over several centuries.

The social impact of The Black Death on society was also tremendous. Medieval Europe had a strong reverence for Christianity, meaning communitarianism amongst the masses was commonplace despite questionable feudal conditions. The unprecedented infectiousness of the plague meant these fraternal ideals were forgotten as people became wary of others in fear of infection. People began quarantining themselves, forgoing their friends and family members in the process, which created decades of introversion and wariness of each other. Mental health also became an issue amongst peasants and nobles alike. Hopelessness and fear ran riot due to the amount of people dying, as well as the added brutality of the victims being one’s friends and family. This led to waves of depression throughout the population that lasted long in the memory of those who lived through the pandemic. Furthermore, religion suffered a crisis situation as people grew tired of their prayers not being answered and clergymen – who’s populations were particularly affected due to their role as blessers of the infected and dead – were not there to maintain peoples’ faith. Religions also turned on each other in the search for a scapegoat, as the predominantly Christian population blamed and persecuted Jews for causing the plague and carried out several notable massacres across Europe against them.

Conversely, The Black Death did encourage some positive social behaviour out of the affected population. Many believed that the best way to deal with the fear and depression was to party and socialise, with the bible verse ‘Let us eat and drink, for tomorrow we [may] die’ becoming a popular turn of phrase.

There is much to be noted when assessing the consequences of The Black Death. The idea of ‘Black Death Syndrome’ is apparent as we look at the economic recovery of Europe following the plague. The following centuries were filled with hardship and turmoil as the elite looked to recover their wealth and the working class tried to consolidate the power they’d gained during the pandemic, seen in the French peasant riot of 1358 and the revolt of the disenfranchised guild members of 1378. Moreover, the fear of the plague created a new era of social distinctions, as religion became less important and a mistrust of strangers became the norm, thus demonstrating how ‘Black Death Syndrome’ had a profound legacy in Europe.